We are familiar with all aspects of the law on asset recovery, confiscation and forfeiture under the various statutory regimes which govern these areas.

An Account Freezing Order (AFO) is designed to freeze the bank account in question until the relevant regulator decides whether or not they have enough evidence to seek an AFO where the frozen money may be forfeited.

Under powers contained in the Proceeds of Crime Act 2002 (POCA) the police have long been able to seize cash from person or premises where they are suspicious. A typical example is where the police undertake a search of a premises but find nothing incriminating except a sizeable amount of cash for which there appeared to be no legitimate explanation but where there was not enough evidence for a criminal charge. In those circumstances the police will invariably seek to detain the cash using civil, rather than criminal powers, under Part 5 of POCA. The maximum period of detention is 2 years and at the end of that period the police will seek to prove, to the civil standard of proof, – i.e. on the balance of probabilities, their case and, if successful the forfeiture of the cash.

The Criminal Finances Act 2017 amended POCA to extend this power to bank and Building Society accounts. Unlike cash cases however it is not uncommon for an AFO to freeze hundreds of thousands if not millions of pounds. 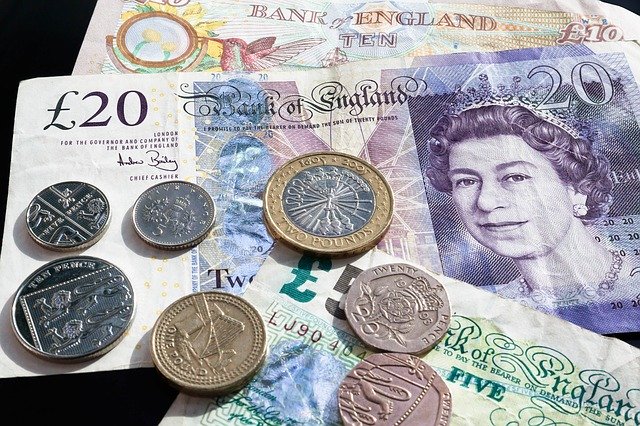 Get in touch with one of our experts today

The same provisions apply for bank accounts as for the cash regime. An officer investigating a bank account, perhaps because of a Suspicious Activity Report, may make an application, without notice to the account holder, for an AFO. The test under s303Z3 is whether the Court finds it is “satisfied that there are reasonable grounds for suspecting” that the money in the account is either Recoverable Property or intended for use in unlawful conduct.

In most cases the first limb will apply; i.e. ‘Recoverable Property’ (‘RP’). By s304 RP is property obtained through unlawful conduct.

By virtue of s242(2)(b) in deciding whether any property was obtained through unlawful conduct — it is not necessary to show that the conduct was of a particular kind, if it is shown that the property was obtained through conduct of one of a number of kinds, each of which would have been unlawful conduct. Where the allegation is that the money is recoverable property, it is not enough for the police to simply suggest it is the proceeds of crime – they must go further and say what kind of crime is involved; drug-dealing, prostitution etc. Once the police have nailed their colours to the mast on the allegation, they must then prove it to the civil standard of proof; see Angus v UKBA [2011] EWHC 461 (Admin).

The maximum period for detention is 2 years. In practice the initial period will be for something like 6 months. At that point, the police have to seek an extension. It is often worthwhile resisting the detention application at this stage as even though the hurdle is low for the police, the argument can be had that the police suspicion now, 6 months on, is no longer objectively reasonable given the results of the investigation thus far (or lack of). Tactical decisions have to be made about revealing to the police the origins of the money, evidence in support, accountancy reports etc so that the Financial Investigator (FI) may be forced to concede areas where credits are clearly legitimate, or making the FI focus on an increasingly narrow area making.

Can I get release of the money before 2 years?

Yes, is the answer. At any time before the police make a forfeiture application the Respondent can apply for the release of the money under s294 – the Court at that stage will have to be satisfied that there are no longer the ‘reasonable grounds for suspecting’ etc.

Another option is to seek the discharge of the AFO on the basis that the police failed to give full and frank disclosure to the Court at the time of the initial application when the Respondent was unaware of the police interest. Such an application should never be made lightly but it is a fundamental rule that where a party seeks to secure an order against another in his/her absence, then there is a duty of candour on the Applicant to reveal everything that the Respondent might have said if he/she were present in Court – see also article on search warrants. Lord Justice Hughes in a case called re Standford [2010] 1 WLR 941, 191, said that the presenting advocate must in effect ‘put on his defence hat’. Time and again we see cases where that does not seem to be happening.

What was the Court Told?

If you, or your company, have been the subject of an AFO then you have an absolute right to know what was said to the Court in order to secure that warrant. There is also a right to reasons from the Court. These rights appear to be rarely exercised. However, at Sperrin Law it is our policy to always discuss with the client the circumstances around any AFO and consider seeking the background information leading to the making of the AFO – even if no challenge to the Freezing Order is immediately expected.

As well as the actual application, we will seek all of the material that was before the Magistrates’ Court from the police and if there is any objection we will remind the Applicant of the case law in this area to the effect that a note of the Magistrates’ findings, together with any Skeleton Arguments etc etc should to be disclosed; see e.g. R (Goode) Crown Court at Nottingham [2013] EWHC 1726 (Admin) – if necessary we would seek to adopt the disclosure process through the Court under the itself under r5.7 of the Criminal Procedure Rules.

It may well be the case that the AFO has a crippling effect and prevents bills being paid, or even a business being run properly. If that is the case a variation should be sought immediately; i.e. a variation to the AFO to allow for payments to be made. Experience tells us that different officers and FIs deal with these issues differently, there is no consensus and often a frustrating lack of concern from the officer. That is why immediate discussions have to take place and where those fail then an application should be made without delay under s303Z4.

Reasonable legal expenses is another area where a variation will be allowed where the Respondent has no access to other funds to challenge the AFO or to instruct solicitors to engage with the police on his/her behalf; s303Z5. Again there is frustrating lack of uniformity in approach to this issue but it will often be necessary to draft a Statement of Assets straight away – this is in effect an undertaking establishing that the Respondent has to have access to the frozen assets to pay his legal fees. This is a complex area which can take time to resolve of not tackled properly; see the Proceeds of Crime Act 2002 (Legal Expenses in Civil Recovery Regulations) 2005.

There is so much more that can be said about AFOs.  This is a complex area and tactical considerations will apply equally with expertise, e.g. where they may be parallel criminal proceedings.  If you are the subject of an AFO contact us on 0203 666 5155 or email us on enquiries@sperrin.net.

If you would like to learn more about how Sperrin Law can assist you please get in touch using either the contact details below or the form provided.