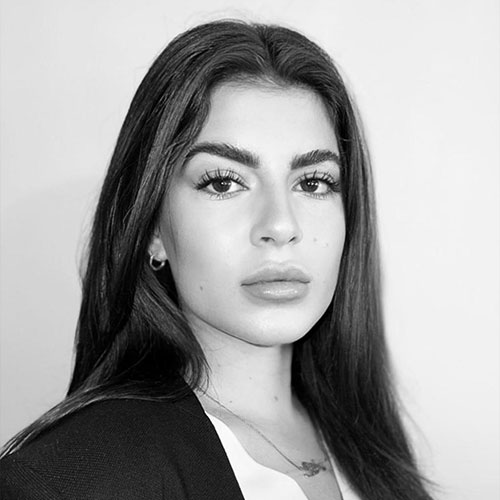 Nadia joined this firm in 2021 and is working towards graduating her SQE to become a solicitor. She has 4 years of previous experience in criminal defence working as a legal assistant and Albanian interpreter for various law firms. She assists in the crime and extraditions departments and the soon to be immigration department.

Nadia successfully assists in representing clients at the police station up to the Crown Court and is well equipped to deal with young and vulnerable defendants. She uses her empathetic nature yet robust approach in proceedings to ensure that the best possible outcome is secured.

Nadia delivers high quality service to clients by taking the time to ensure that they understand their case and providing them with stragetic advice. She has persistently received outstanding feedback from clients and legal professionals for her approachability and proficiency.

Nadia is particularly passionate about and has a high success rate in dealing with major drug conspiracies, organised crime, serious sexual offences, and murder cases. Some of the cases she is assisting on are detailed below: